An uproarious comedy with romance and compassion, Bus Stop is the story of eight lonely people stranded at a roadside diner in the middle of a howling snowstorm. What do an aspiring singer, two cowboys, two waitresses, a professor, a sheriff , and a bus driver have in common? Under Mr. Inge’s expert hand, what results is a story of how we seek ways to connect in ways that are often very funny, very human, and uncompromisingly true.

William Inge has emerged as one of the great, if under-appreciated, American playwrights of the mid-20th century. Rife with sexual tension and humor, Bus Stop was nominated for four Tony Awards during its original run.

“Mr. Inge should be a great comfort to all of us…he brings to thetheatre a kind of warm-hearted compassion, creative vigor, freshness of approach and appreciation of average humanity that can be wonderfully touching and stimulating.” – New York Post

Opening Night Subscriber Reception on Friday, March 3 at 6:30 pm. Buzz at the Barn on Saturday, March 4 at 7 pm. Talk Backs are March 12 and March 19 following the performances. 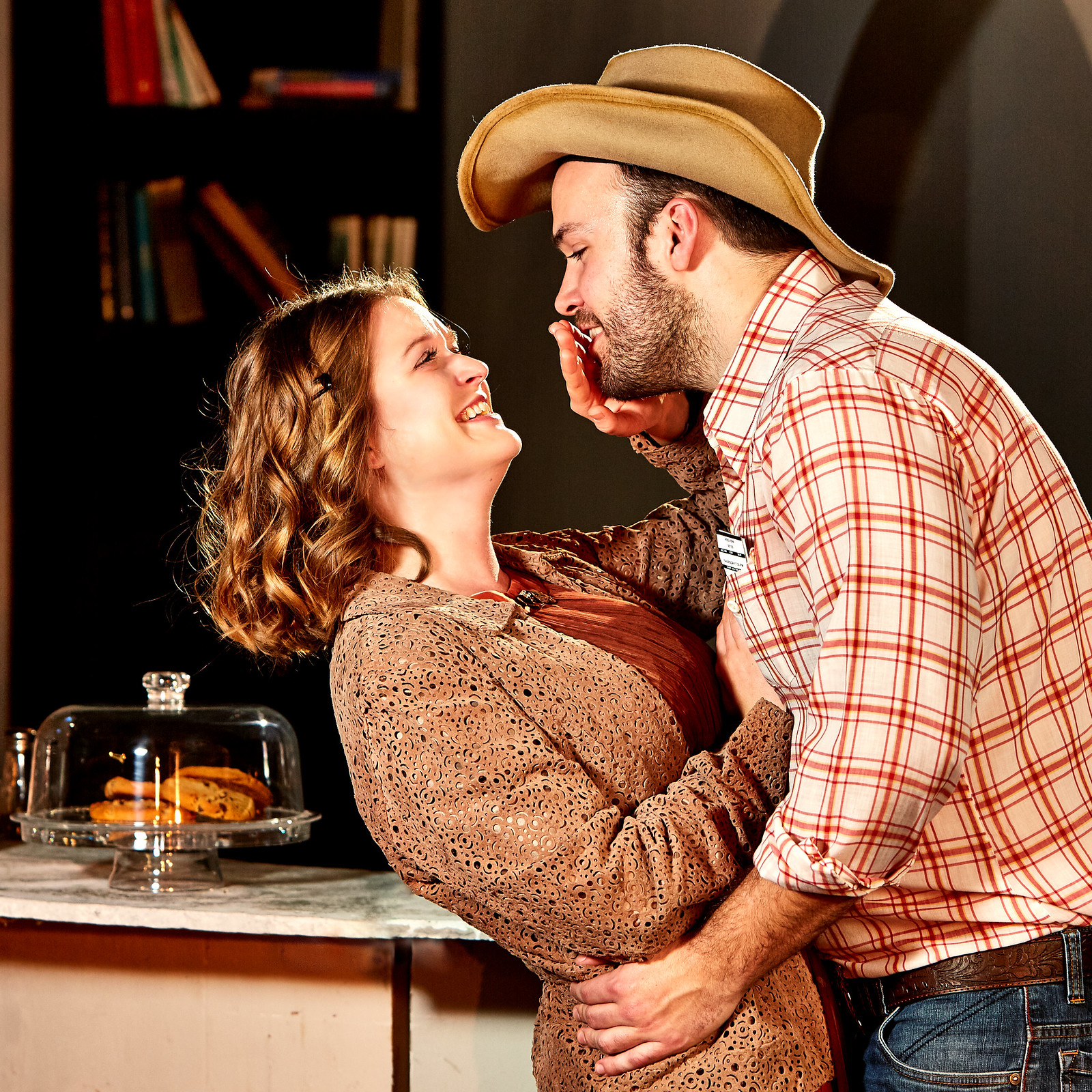 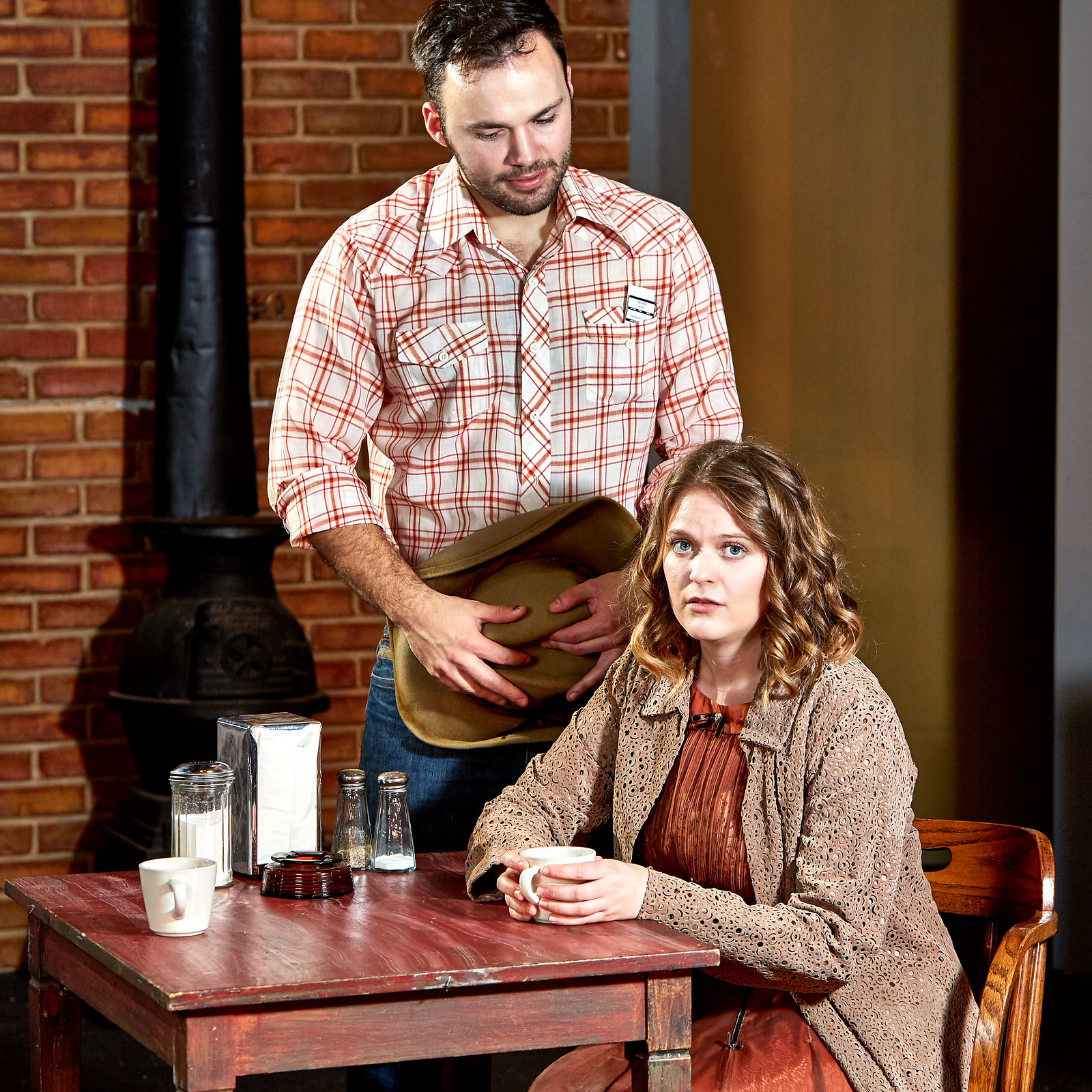 Why did you select the acting company for the show?
“These actors at RVP embodied their characters at their audition,” Haines said. “In auditions I focus on their ability to analyze the script and interact with each other. There are certain types I am looking for as well but, for me… that is superseded by an actor’s ability to make a strong choice that is appropriate for the piece. They say 90 percent of directing is casting and that holds true in this case.”

What makes Ross Valley Players and their old barn good venue for this production?
“The RVP team is awesome,” said Haines simply. “Their focus on taking care of all the aspects of producing frees me up to focus on the play. They have taken my input and folded it into the production process seamlessly. Coming from a more ‘Do-It-Yourself’ type of theater background, this is so refreshing. I do like building sets and working on PR,” Haines said, “but it can really distract from the task of directing if you let it.”

Jonathan Farrell recently interviewed director Christian Haines about Bus Stop. Read excerpts from the Op-Ed below:
What drew you to the play Bus Stop?
“When I saw Bus Stop in the RVP season I jumped at the opportunity,” he said. “I really enjoy mid-century American realism. The stories and style of the plays are timeless and have produced some of the most iconic plays ever.” Haines then noted some very prominent playwrights of the era that have made an indelible mark on American theater. “Odets, Miller, O’Neil, Williams and Inge,” he said, “along with others, created beautiful stories that defined how we interact with narrative. ‘Bus Stop’ is a fantastic play I wanted to explore Inge’s meditation on love and these characters desperate need to be included and loved no matter the odds.”

How does the story as a stage play differ from the Bus Stop movie?

“The movie is more like a prequel to the play,” said Haines. “It recounts a lot of what happened in Kansas City beforehand. While it does include some of the dialogue from the play and ends up at a bus stop, it is a completely different story. The more morally conflicted portions of the play are omitted as is the most controversial character.”

Haines pointed out the reason for script changes. “This is a reflection of the times in which the movie was produced. Edgier themes and characters were explored more in theater than in film at that time.”

Why is Bus Stop relevant to our times?
“Bus Stop is timeless in its message and therefore relevant because it helps us empathize with those who might not fit into the social norms of the age. At the time that ‘Bus Stop’ was on Broadway there was a general idea of what it meant to be an American as reflected in popular culture. It was thought to be a more innocent time when the American dream was available to all who worked hard enough,” said Haines. “Very Leave it to Beaver. ‘Bus Stop’ challenged those assumptions through its plot and characters… Indeed, six of eight of the characters are breaking the law in their search for love and belonging, noted Haines (sex outside of marriage was illegal in many sates in 1955). We are now living in a time when more identities and activities are accepted as normal but he said, there is still a lack of empathy.”

Marilyn Monroe despite her immense appeal was known by many in the industry as desperate for validation — to be taken seriously as a dramatic actress. Perhaps it is fitting that she was selected for the movie. Ironically, ‘Bus Stop’ was recognized by the critics as the best of her career thus far in 1956 as reported by the New York Times. And, while the 1956 film has memorable performances in it from the entire cast, the movie is not entirely Inge.

Haines noted the significance of Inge’s work. “I think Inge is challenging the audience to accept others as whole people whose existence should afford them the same rights as ‘normal’ people.” This theme is also expressed in Inge’s other well known work, ‘Picnic’ which garnered a Pulitzer Prize.”